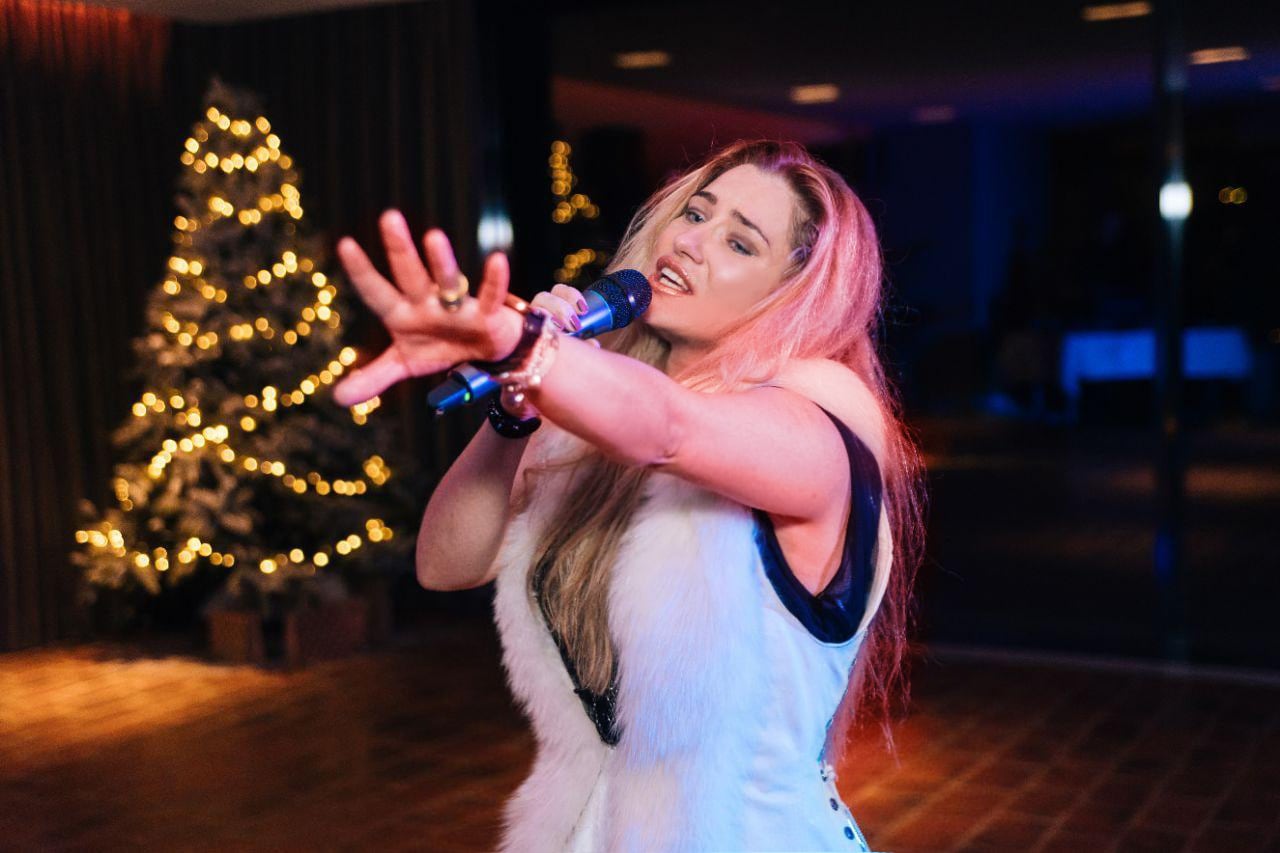 Yuliana Prado performed at the New Year's party in the closed club in Vienna.

Just before the New Year Yuliana Prado was invited to the charity event hold in Weingut am Reisenberg country club.

In April, 2016 Yuliana Prado has presented her new lyrical song, “Tender”. The video for this single was made in Ukraine by famous music video director, Iakimenko Vladimir.
Yuliana Prado sings about difficulties in relations; despite all problems and misunderstanding it is highly necessary to look for any way-out together, to overcome such obstacles, to forgive and to go on untill it is possible to change something and untill it is not too late....

The song encourages to remember about sincerity and spirituality, to be open and to appreciate each other. Otherwise, you run the risk to lose everthing. The relations between people are not always smooth and clean. Feelings change, and sometimes you can think about breaking up, but you don’t do that. Sure, people break up for some reason, but due to love they stay.

The song obtained a new sense after the singer’s grivolous loss of her father, so Yuliana speeded up the release process and made it at the day of Annunciation to the Blessed Virgin Mary.

“This single, Tender, was written a long time ago, but it was waiting for the right time. In every person’s life there are some events changing his/her view of life. And bereavement of your family person is one of the heaviest shock. This single is about real love which will stay for ever in our hearts”, - says Yuliana Prado.
“Watch! I am leaving. Catch me untill it is not too late. Just ask, and I will tell everything! Untill it is not too late…” – these lines remind us of turning points in every person’s fortune, because then it can be too late.

Today Yuliana is a completeley different person. Single presentation and work over new Ukrainian material are just ahead. You should just remember a real song will sound only in the right moment, when it is time.
The song, Tender, will be included in the singer’s first studio album.

Oi Liuli Liuli is especially significant for Yuliana Prado. The singer performed it for her daughter’s falling asleep, so each line of this song is full of kindness and warmth.

“I sang Oi Liuli Liuli for my daughter. Combination of folk traditions and modern Ukrainian culture brings a new life for this lullaby. I believe that it will travel among Ukrainians all over the world and will have corners in new listeners’ hearts!” – says Yuliana Prado.

By performing Oi Liuli Liuli lullaby, Yuliana reminds of the power of mother’s love which is always an energetically strong protective charm for any child.

Nina Matviienko, Honoured Artist, is proud of the result of cooperation with Yuliana Prado. Enduring friendship and love to art turned the process of song recording into a real pray for children.

“It was pleasant to work with Yuliana. She is so talented and has delicate feeling of music. Yuliana is very quickly to look about. During our recording my singing just accompanies her role of the first violin, and in such a way it shows mother’s care. It was so quiet and gentle like a shadow.” – Nina Matviienko comments on.